I spent the first half of our third day wandering around Haight-Ashbury, buying pretty things and taking pictures of weird hippie shit (says the weird hippie), occasionally texting Red when something was especially noteworthy (Tibetan shop, shrine to Jimi Hendrix). It was a lot of walking. 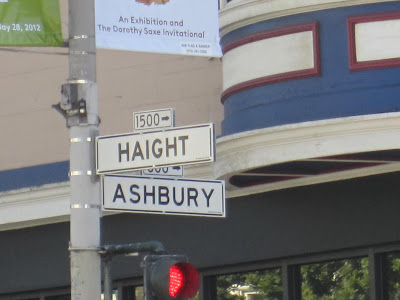 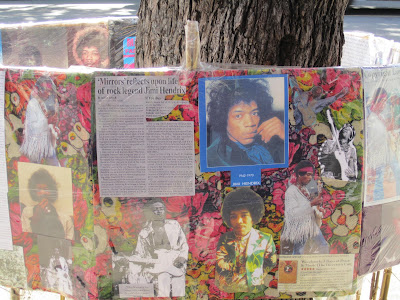 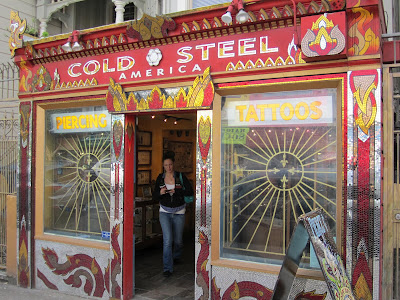 I bought lovely glass ear plugs here. It’s hard to tell, but the front of the shop is made of mirror mosaics! 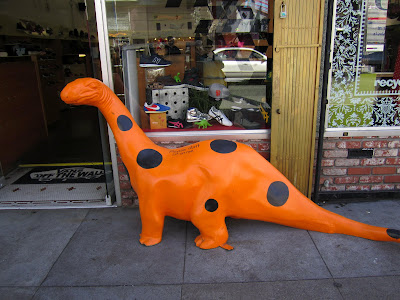 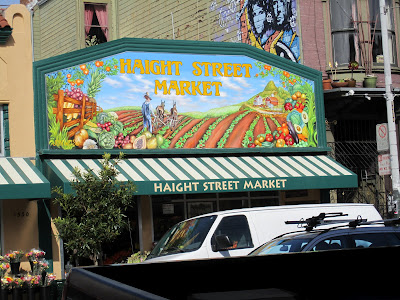 Then my feet were tired, but Golden Gate Park appeared so I could sit down and eat a Larabar. 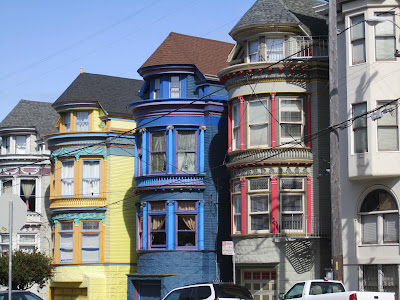 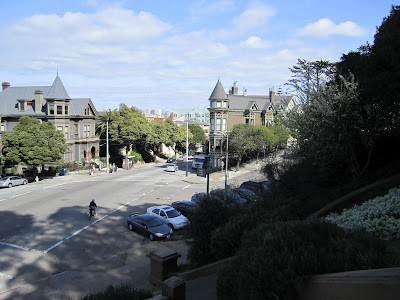 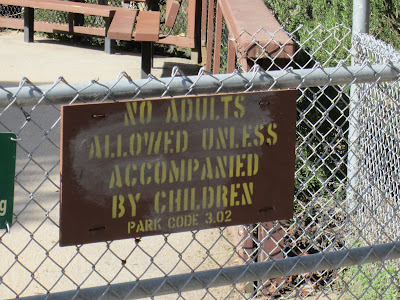 After I bid the Haight farewell, I got on the wrong bus for Japantown. This situation happened to me with considerable frequency during the week, because Baltimore has no useful mass transit to speak of and my sense of direction could charitably be described as poor. No thanks to my own navigational skills, I finally made it to this stupid-expensive store that my friend Liz wanted me to say hi to for her. I was nowhere cool enough to be in there, and they didn’t allow photos, so I sort of felt like I’d wasted a trip, but what the hell. It was a new experience.

After I made it back to the hotel, Red and I skipped dinner in favor of healthy snacks because we were headed to Yoga on the Labyrinth! I was more excited about this than about any other part of the trip. If I’d done nothing else that week but stay in our hotel room and read, I would have counted San Francisco a success. I first learned about Yoga on the Labyrinth over the summer, and filed it in the back of my mind as something awesome to do one day. As our trip plans firmed up, I coincidentally found myself reading a book by the instructor, Darren Main—Red’s parents had seen two of his books on my Amazon wish list and given them to me for Christmas. Everything clicked and I realized that I’d be able to take a class with Darren and thank him for his inspiring work! I was a very happy yogini!

Of course Red and I had brought our yoga mats, but his buddy Tony was joining us too and had never done yoga. Luckily, he found a cheap Old Navy mat and grabbed a space next to us. The class was great and very interesting, not least because marble floors are less than supportive, even with a mat! It was so interesting to watch my practice change with the environment and remember that this experience was one I might never have again, so I’d better stay mindful and release my expectations for myself. On top of that, I counted over 100 people stretched out on the floor. 100 people in one class! That’s every yoga teacher’s dream!

Before and after class, we had a chance to look around the cathedral and take pictures. It is gorgeous. I felt so peaceful and centered there, surrounded by all the serenity. I introduced myself to Darren, told him about the serendipity of our trip and my in-laws’ gift of his books, and he was very welcoming and gracious. If I’m ever in San Francisco again, I’ll be sure to take another of his classes. 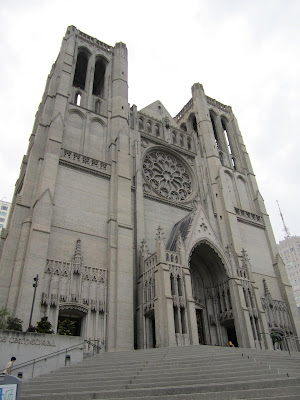 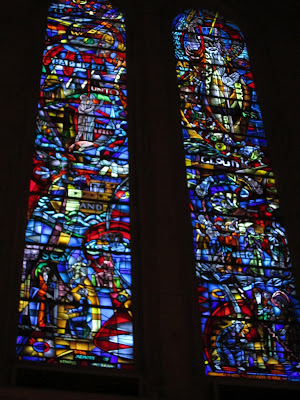 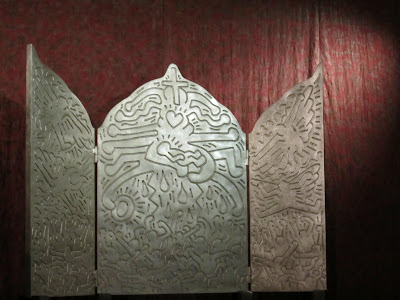 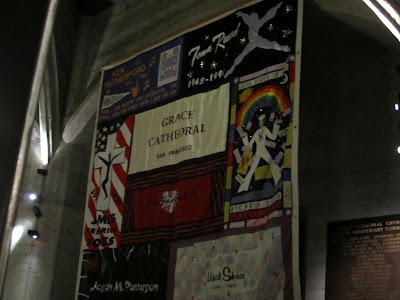 AIDS Memorial Quilt. My camera doesn’t do the colors justice. 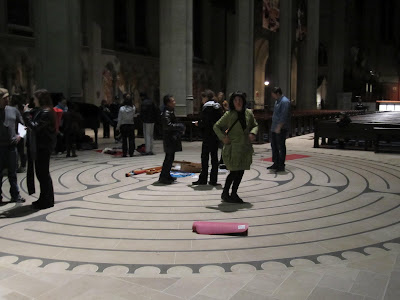 Thus ended Day 3—on a nice little yoga high and with no concrete plans for Day 4. Whatever could I have found to do?
Posted by Vegan Burnout at 1:24 PM 1 comment: