Where were we? Ah, yes, New England. Red and I rolled into Providence in the late afternoon. Such a cool town! Spoiler alert: We highly recommend it. It’s very walkable, so we strolled around and got our bearings. Evidently it was move-in weekend for several of the colleges near our hotel, so it was perhaps a little more bustling than normal. It was also a Waterfire weekend, so we appreciate Providence’s putting on a show for us.

We’d heard wonderful things about Nice Slice, so we went in search of vegan pizza. We were a bit deflated to learn that we couldn’t simply order off the menu, which looked amazing; instead, there were a few limp slices of vegan pie hanging out under a heat lamp. We were hungry and weren’t sure where else to go, so we ate them. They were fine, but definitely a letdown. 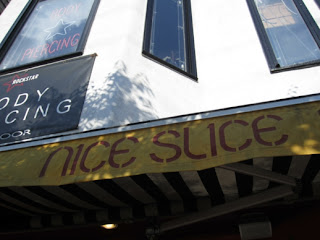 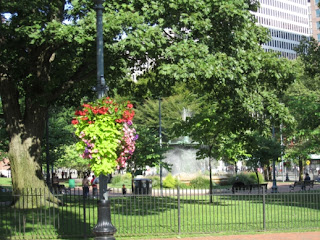 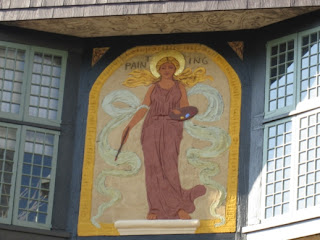 Our pizza break came at a weird too-late-for-lunch-and-too-early-for-dinner hour, so we vowed to do better later that evening. Union Station Brewery was right next to our hotel, so we popped in there for a beer and a snack. They didn’t have a lot for us, but the hummus plate was delicious and I had a nice Lemon Weizen. 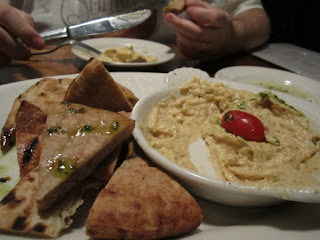 Sunday was our last full day of vacation, so we spent the first half with our friends, Mike and Kristin, and their adorable toddler, Maggie. I swear, it was the Weekend o’ Cute Kids. We met for brunch at the Garden Grill, where Maggie proceeded to charm everyone while the rest of us inhaled food that more than made up for the sad-faced Nice Slice Pizza. Seriously, behold:

Those home fries were something else, too. Everything was amazing.

After that, we all walked to a nearby park, with a quick stop at Wildflour Café for coffee and pastries. Wildflour is an adorable little all-vegan joint with fantastic treats, and has the distinct honor of blending Maggie’s favorite smoothie. The best part: It’s right next-door to Garden Grill! Vegan domination! If only a yoga studio had been in the same shopping center. Needless to say, Red and I loaded up for the remainder of our stay in Providence: We took home a chocolate-chip scone, a granola scone, and, if I know myself at all, probably something chocolatey. I know I just said it, but Providence is extremely pedestrian-friendly. Mike and Kristin walk most everywhere with Maggie. It was wonderful to be in a city that supports a more eco-friendly way of living. 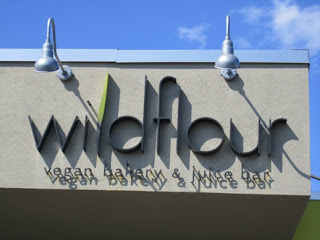 After a bit more walking and window-shopping, Red and I headed for the East Greenwich Art Festival. We’d been stalking Like No Udder (VEGAN! SOFT! SERVE!) on Twitter and Facebook to nail down their location, and the art festival was it. A bit of artisan crafting to go along with our ice cream? Don’t mind if we do!

Alas, we didn’t even get a grainy cell-phone pic of the ice cream, because we were too busy rejoicing in the sweet, creamy delight and trying to eat it faster than it could melt. For real, you guys, this shit is good. New Englanders, you are lucky, lucky folks. We kept it simple—I think I got chocolate and Red got chocolate-vanilla swirl—but sometimes simple is best. It was especially revelatory for Red, who loves soft serve like no one’s business. I’m happy with regular scooped ice cream, but my man knows what he likes. High five, Like No Udder. You made a vegan boy very, very happy.

Once we were high on delicious sugary ice cream, we took in a few festival sights: 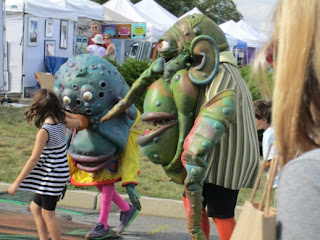 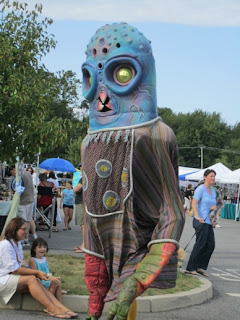 Also, because I didn’t take a picture of it, I just now remembered that Red and I went to Julian’s for dinner. Their website boasts several good-looking vegan selections, so we were bummed to learn that on the weekends, they cut back to a limited menu. This left us with basically one thing to order, and I couldn’t even remember what the hell it was. Thanks to Red, who took a picture with his phone, we figured out that it had been some kind of tempeh wrap. It was fine. We were just grumpy at not having a choice.

The next day, we flew home. That’s a story in and of itself, but we survived. Lucy thoroughly enjoyed her first time staying home with a sitter, the wonderful Cathy, and we were all happily reunited before dinner. Although it was a short trip, we packed in a lot of good friends and good food. I know we’ll be back again, if only because Red will need a soft-serve fix!